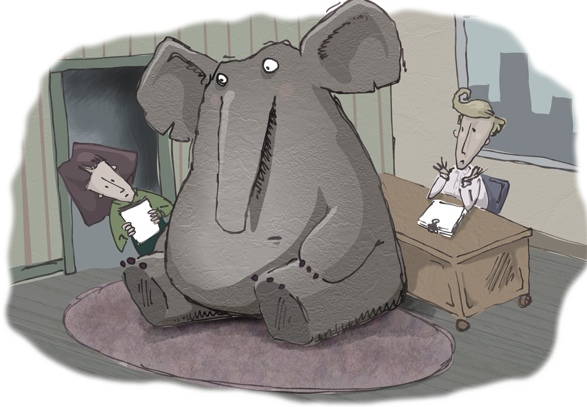 The Elephant in the Room

In the world of recruitment there is one great big elephant in the room when it comes to making better hiring decisions. We don’t often talk about it, but at least we can do some constructive soul searching about it. The elephant goes by the name of Unconscious Bias.

Unconscious Bias is a first cousin to Gut Feel and Instinct, all three have a role to play in the interview, but they also have the power to make or break a hire or promotion. With unconscious bias, gut feel and intuition you need to know what you are playing with.

We recruiters do not have any supernatural powers of perception an uneducated gut feel is no better than tossing a coin, but a good interviewer will educate theirs. But unlike assessing the candidate, unconscious bias is about assessing yourself and understanding how you can make unjustified judgements as well as good ones.

Deep down inside every one of us there is an animal instinct, honed to perfection over millennia of evolution and thousands of generations of breeding. It is a survival instinct that allowed us to make very quick judgements and decisions on life or death situations. We tend not to face life or death decisions in a job interview, but our animal instincts fire our gut feel and unconscious bias into action every time we encounter a stressful situation.

Part of winning the battle against bias, now that you know where it comes from, is removing the stress. By preparing ourselves in advance for the interview and by asking ourselves during the interview how we feel about the candidate and why we feel that way, we can begin to control the bias and make better balanced hiring decisions.

You won’t crack this nut in the first interview, it can take years of practice. Do you have a gender bias, do you think of a role as mans or womans work? Does the candidate remind you of someone you once knew and liked or disliked?

I’ve written a longer article on this topic here [https://www.linkedin.com/pulse/unconscious-bias-hidden-you-cormac-mcgrane/] if you would like to explore the thinking further. Of course you could shortcut the whole reading thing and just contact myself or James for further information.